"Cooperatives Care!" conference discusses coops' multidimensional work on innovation in care - and their role in the European Care Strategy

CECOP's hybrid conference on November 15 gathered cooperators, EU institutions and other European stakeholders to discuss the role of cooperatives in the care sector.

On the 15th of November 2022, CECOP organized the conference “Cooperatives Care! How to empower cooperatives as frontrunners of innovation in the care sector?”.

The event was an opportunity to take stock of the EU Care Strategy, analyze how cooperatives can contribute to its implementation, and share the key policy messages that drove CECOP’s “Cooperatives Care!” campaign that started six months prior. The conference was centered on the crucial role played by cooperatives in the care sector as frontrunners of both social and technological innovation. Around 80 participants attended the event, with 30 people present physically in Brussels and 50 online.

Starting in April, CECOP’s “Cooperatives Care!” campaign had the mission to highlight cooperatives’ contribution to the care sector and to provide policy recommendations for the upcoming EU Care Strategy. Indeed, care cooperatives are growing significantly, spanning multiple European countries, employing hundreds of thousands of workers, and serving millions of people today. Covering all types of care services, including home care, nurseries, residential and day centers for children and adults, elderly care, and more, cooperatives are driven by the needs of the communities and care workers. This reality was showcased throughout the campaign by different means, including a policy report and a series of four videos and a social media campaign. The conference "Cooperatives Care! How to empower cooperatives as frontrunners of innovation in the care sector?" contributed to this effort by answering the question “what makes cooperatives unique compared to other care providers?”; opening a platform for in-person exchange between cooperatives from CECOP’s network and other EU stakeholders, including the EU institutions; and promoting a discussion on the implementation of the European Care Strategy package, adopted by the Commission in September 2022.

The program of the event was divided into two sections: an introduction with keynote speeches to set the scene, and then three panels enabling exchange among different stakeholders.

During the introduction part, following the welcoming speech of CECOP’s Secretary General Diana Dovgan and the moderator of the event Valerio Pellirossi, the last video of CECOP’s campaign “Cooperatives Care!” was premiered. The video highlights the role of cooperatives as care providers and their unique advantages.

After that, a video address of European Commission Nicolas Schmit followed. During his address, the Commissioner especially highlighted the value cooperatives provide to the European care sector and appreciated the fact that they involve all concerned parties, from beneficiaries to NGOs, in promoting community-based care models and providing quality services in remote and rural areas. 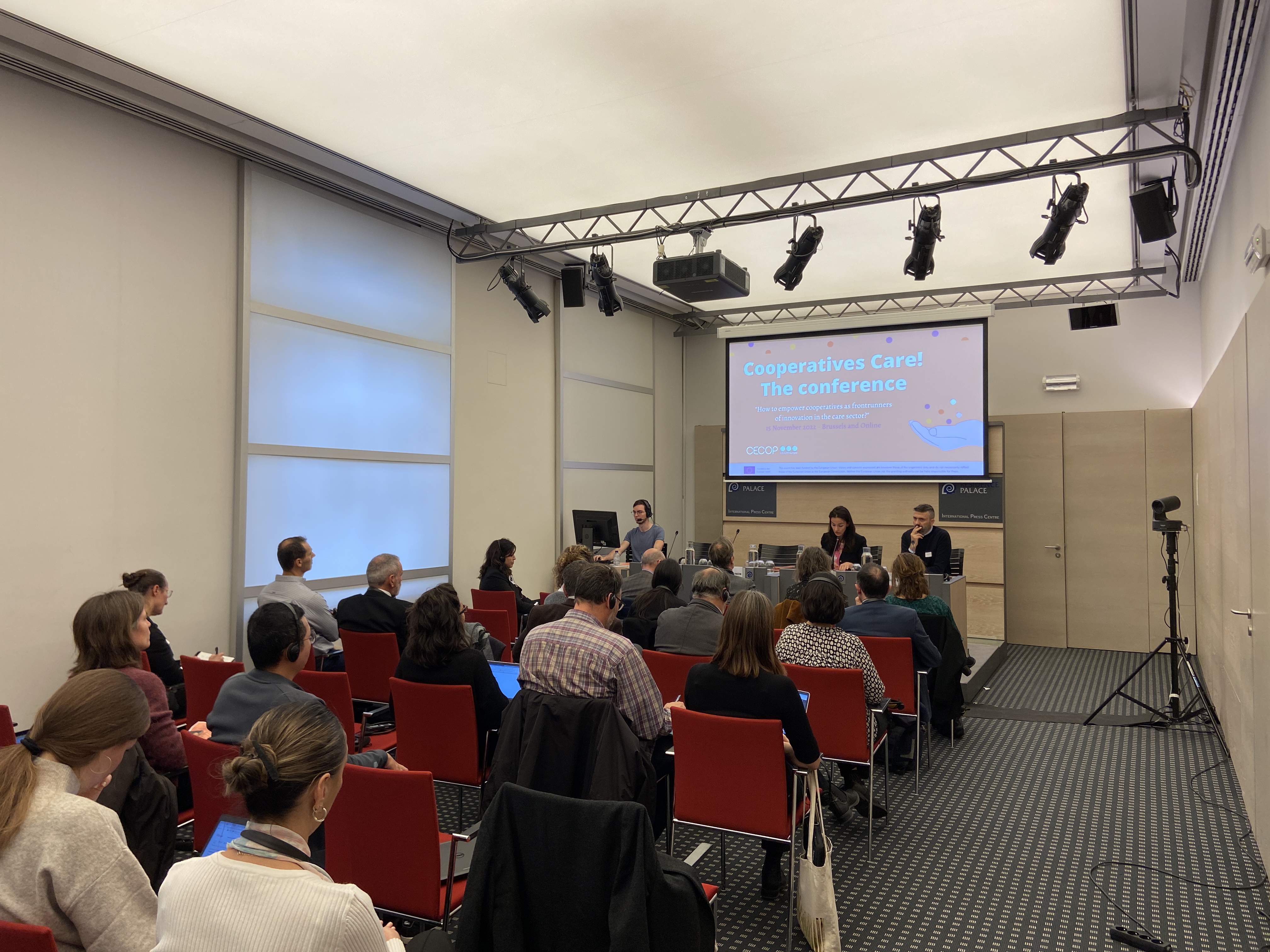 Next on the program was the address of Sirpa Pietikäinen, Member of the European Parliament (MEP), who has been one of the co-rapporteurs for the European Parliament’s report “Towards a common European action on care” adopted on 5 July 2022. In her speech, the MEP described the three main advantages of cooperatives in the care sector:

Ms Pietikäinen also pointed out that, in her opinion, at least one third of services across Europe should be provided by cooperatives that are owned in one way or another by those who are using the services. In continuation, Maria Jepsen, Deputy Director of Eurofound, presented an overview of the working conditions of care workers and citizens’ perceptions of quality long-term care in Europe based on Eurofound surveys. Some key take aways are that, while the sector has in general poor working conditions and low salaries, care workers perceive their work as being highly useful and meaningful and there is a correlation between working conditions and perceived quality of the service received by the users. 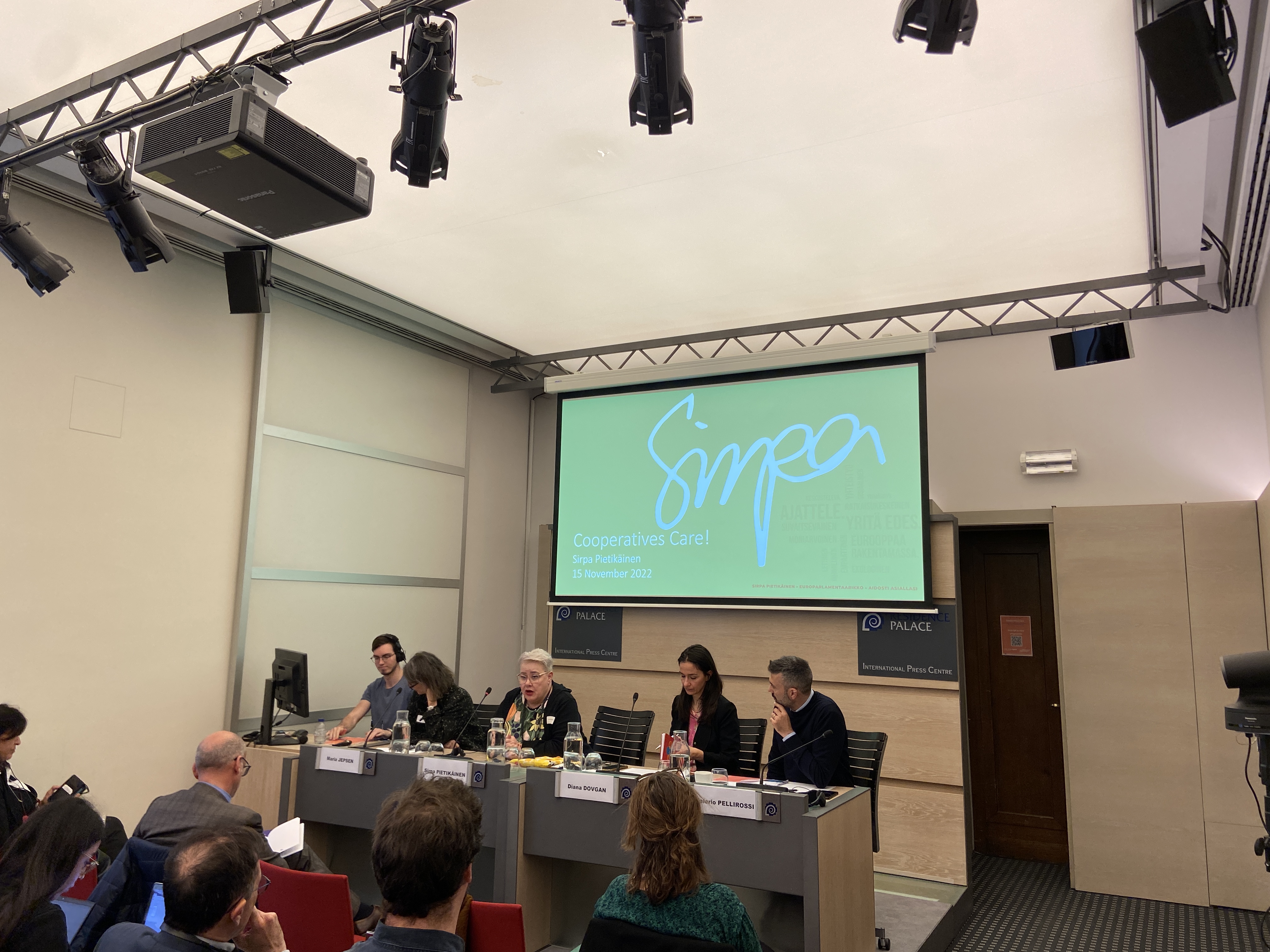 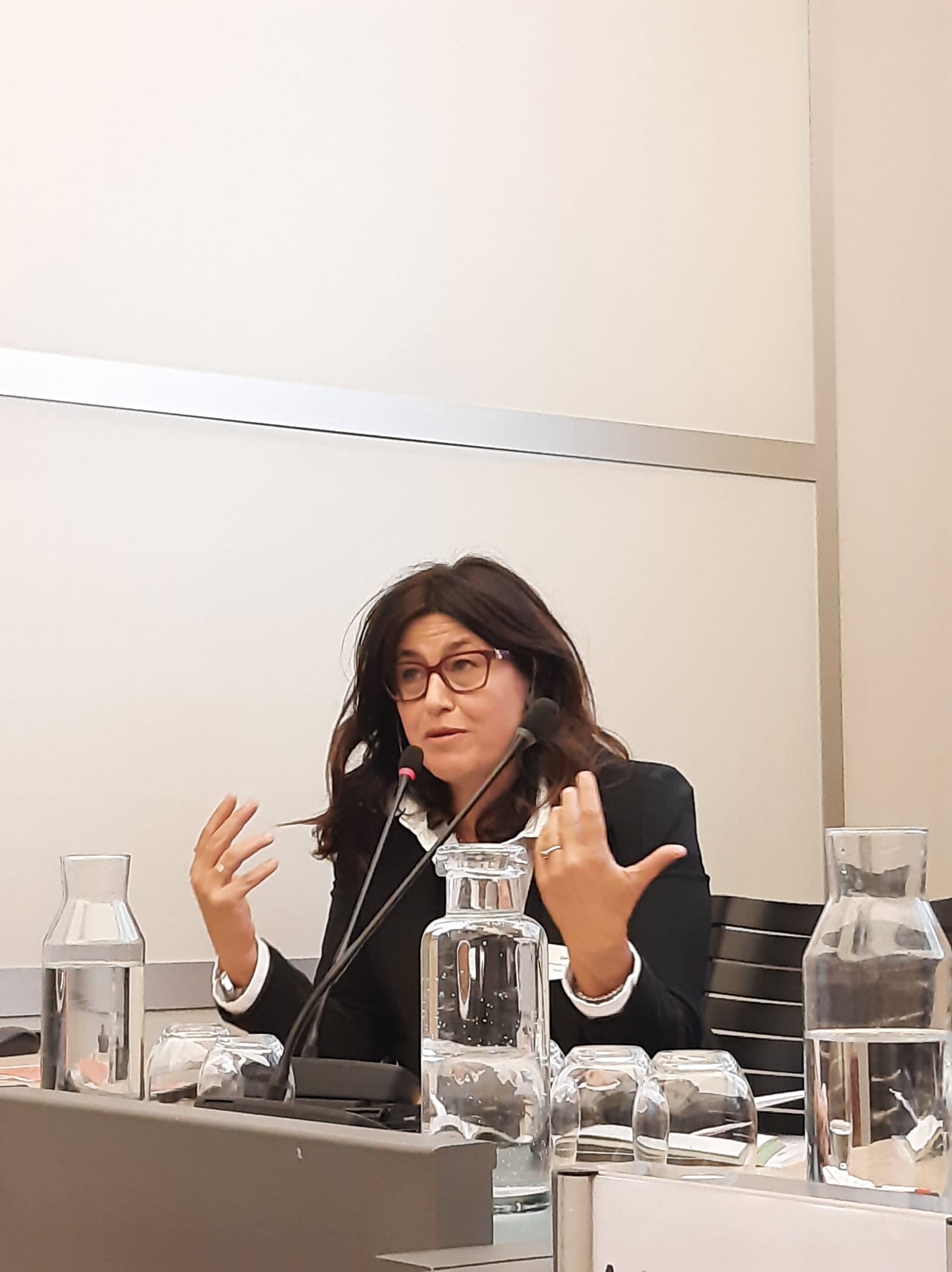 The two speakers highlighted the key role their cooperatives play in their communities regarding closing the gap between care and the digital world. Grupo SSI, for instance, described how they develop applications that allow carers to monitor care recipients in their homes – giving them more autonomy and better follow-up to their needs in-between medical appointments. They also use such technologies as virtual reality for cognitive stimulation of elderly persons. STRIPES explained how they teach children about the digital space – first in an unplugged space from 0-6, to allow them to better grasp the concepts that rule that space. This cooperative also has its own robotics centre and devotes most of its time to research and innovation. 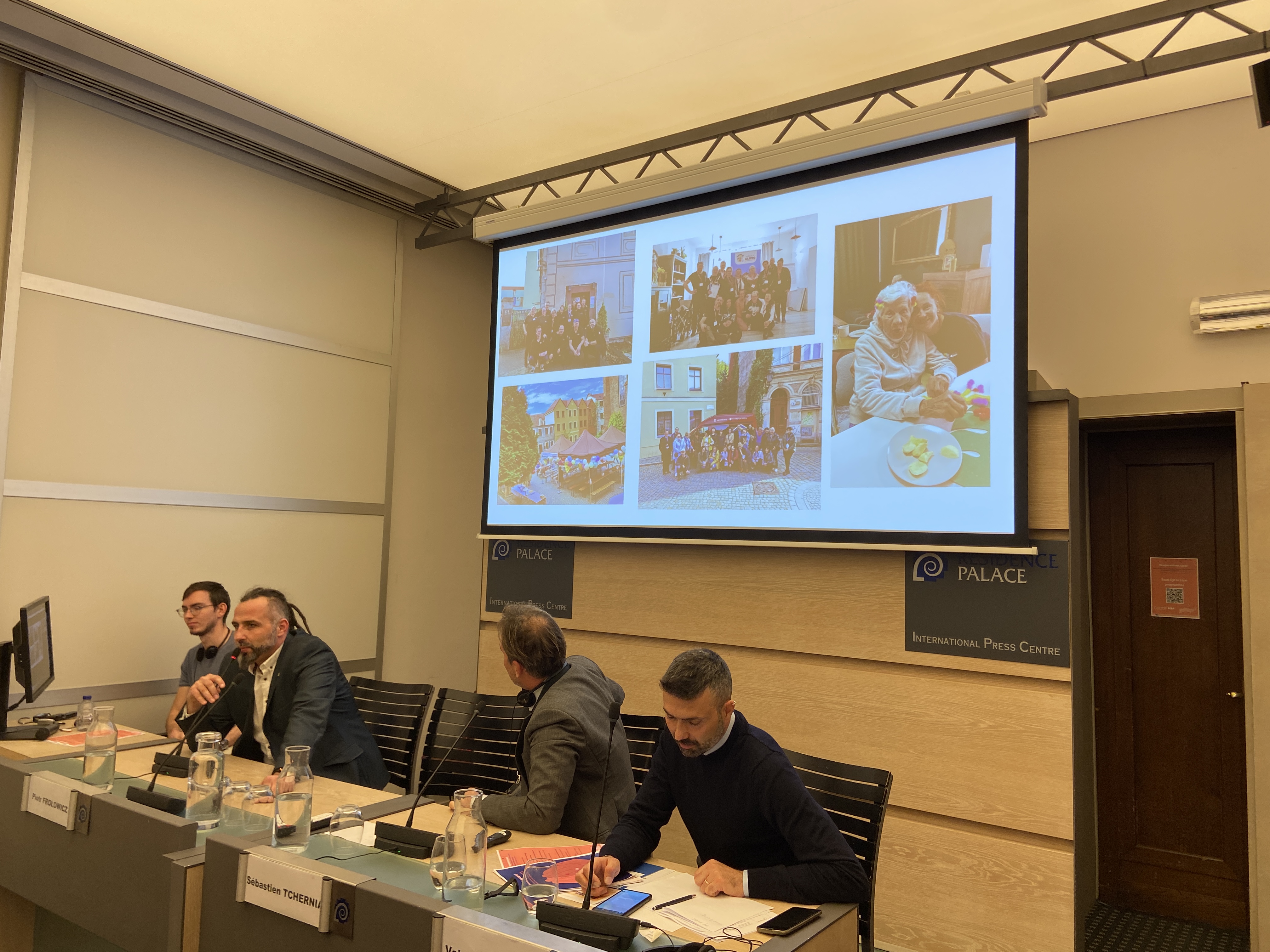 Quality of care and genuine concern for the care recipients are the main drivers of social innovation in cooperatives. For instance, the Cooperative Guild of Social and Community Workers has launched its own certification program – the Fair Care mark – which recognizes coproduction, codelivery, and coownership of care services. The business model of Les 3 Colonnes is also user-centered, as it allows not to institutionalise care recipients unnecessarily and enabling them to stay in their own homes instead. Alivio Group intentionally runs their services on a small scale in order to be able to provide individualised approach. They have also a special recruitment philosophy: instead of necessarily recruiting people with pre-existing care skills (which can anyway be scarce in the sector), they focus on finding employees with empathy and willingness to provide care and then train them, thus recognizing the human dimension at the core of the service. 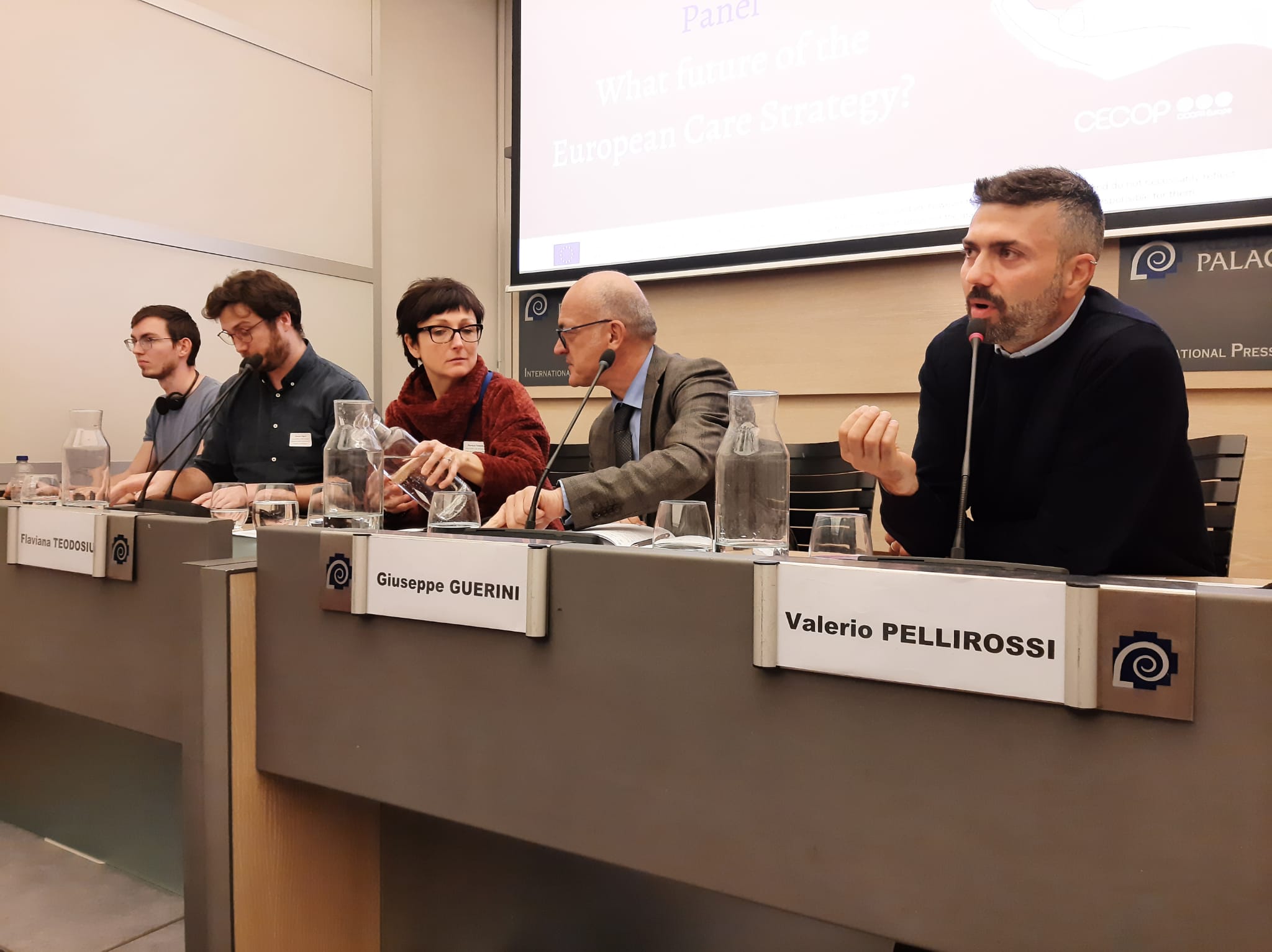 There was a broad agreement in the panel that implementation of the European Care Strategy package will require additional social investment and upskilling/reskilling of workers. Flaviana Teodosiu from the European Commission highlighted the need for access to high quality, affordable care for all, as well as providing good work conditions to care givers, as well as improved evidence base and monitoring. Thomas Bignal of EASPD similarly focused on financing and the lack of qualified workers as the big structural issues plaguing the care sector. He noted that a more innovative approach to care makes it easier to recruit care providers. Finally, implementation of the European Care Strategy package will mainly take part on the national level, so stakeholders may want to advocate for national action plans for implementation. Guiseppe Guerini, president of CECOP, exposed the following five challenges he sees the care sector facing in the future: 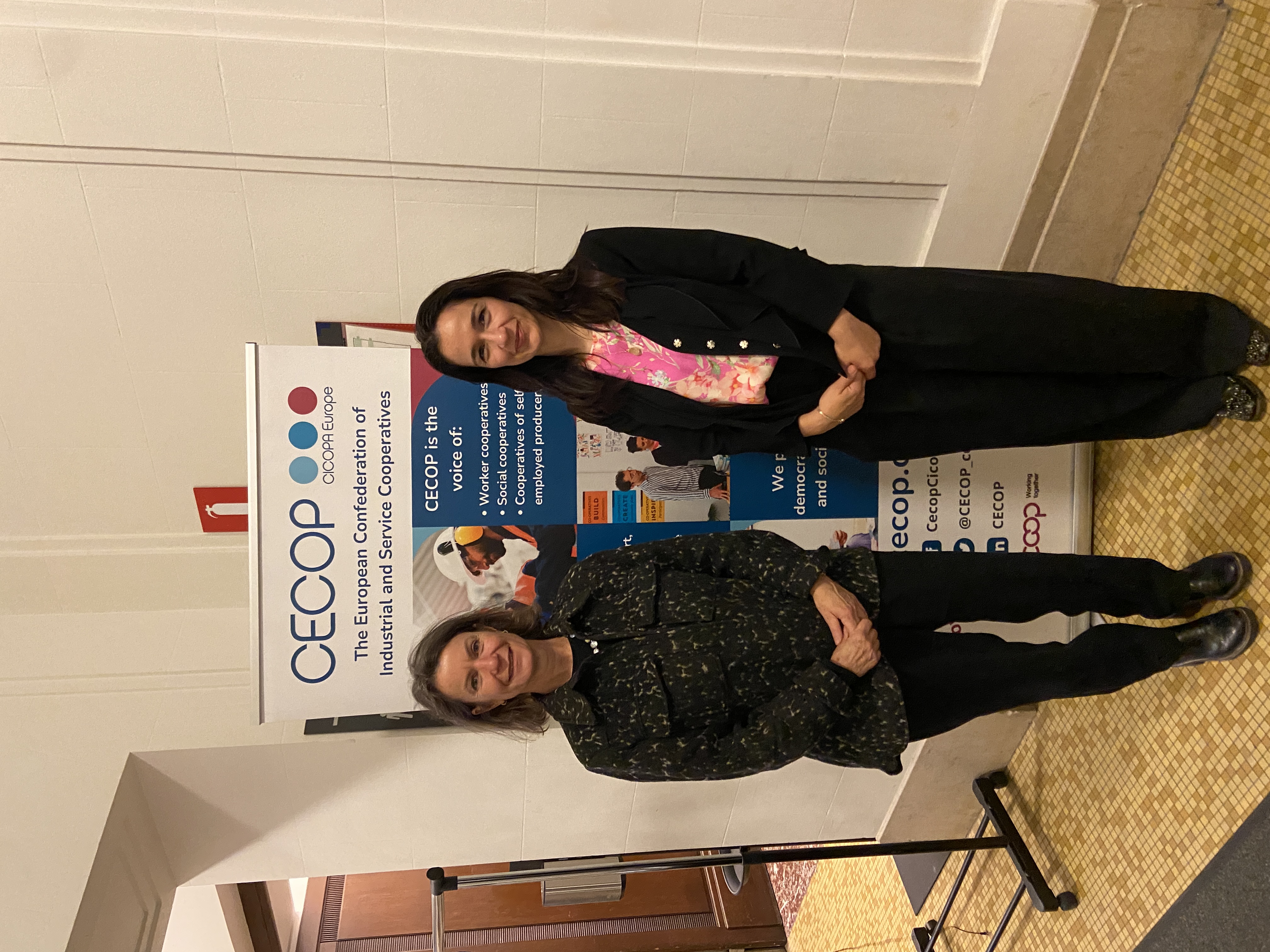 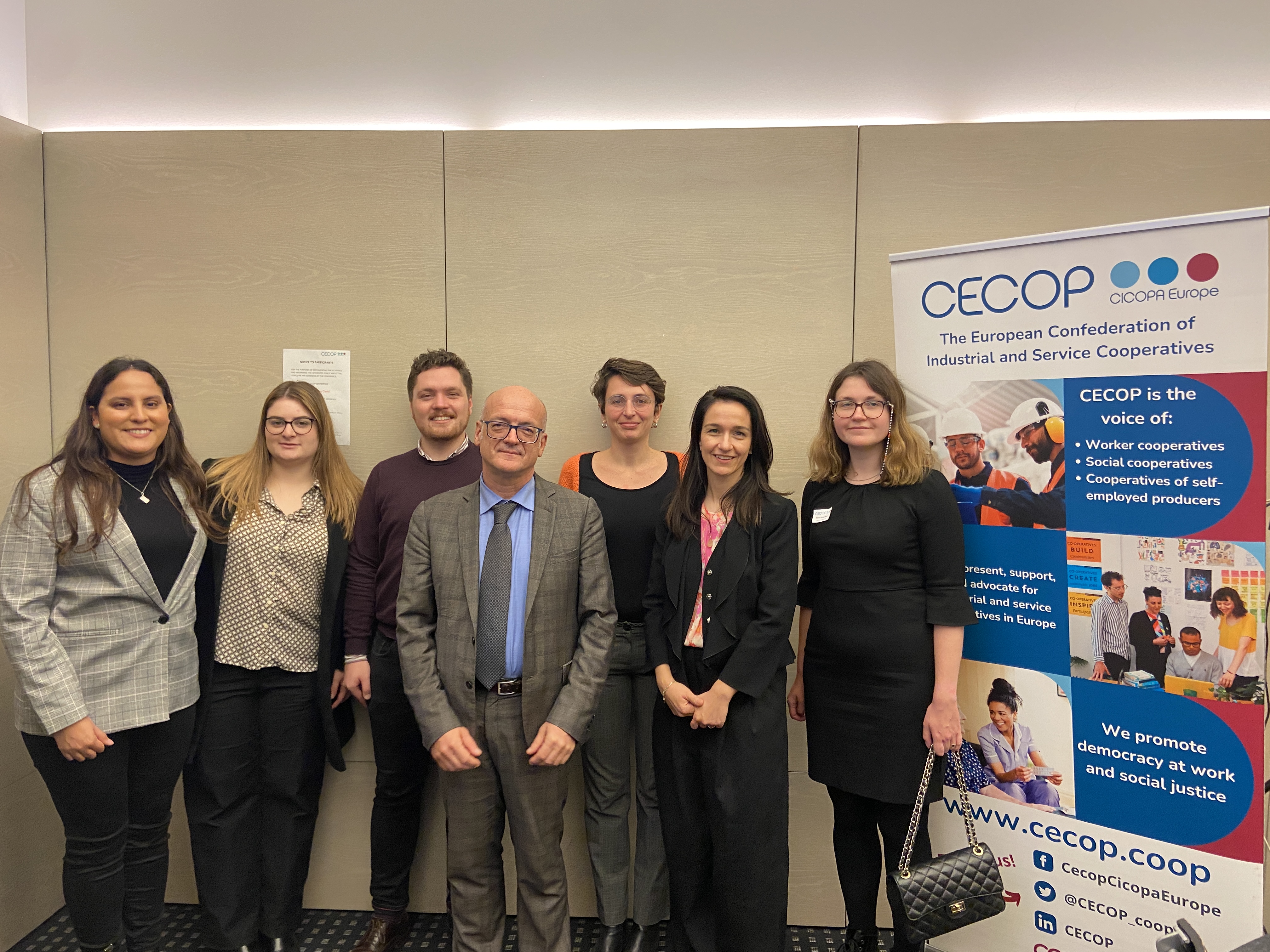 Watch the Docuseries on Care here.

Take a look at the actions of our communication #coopscare campaign here.