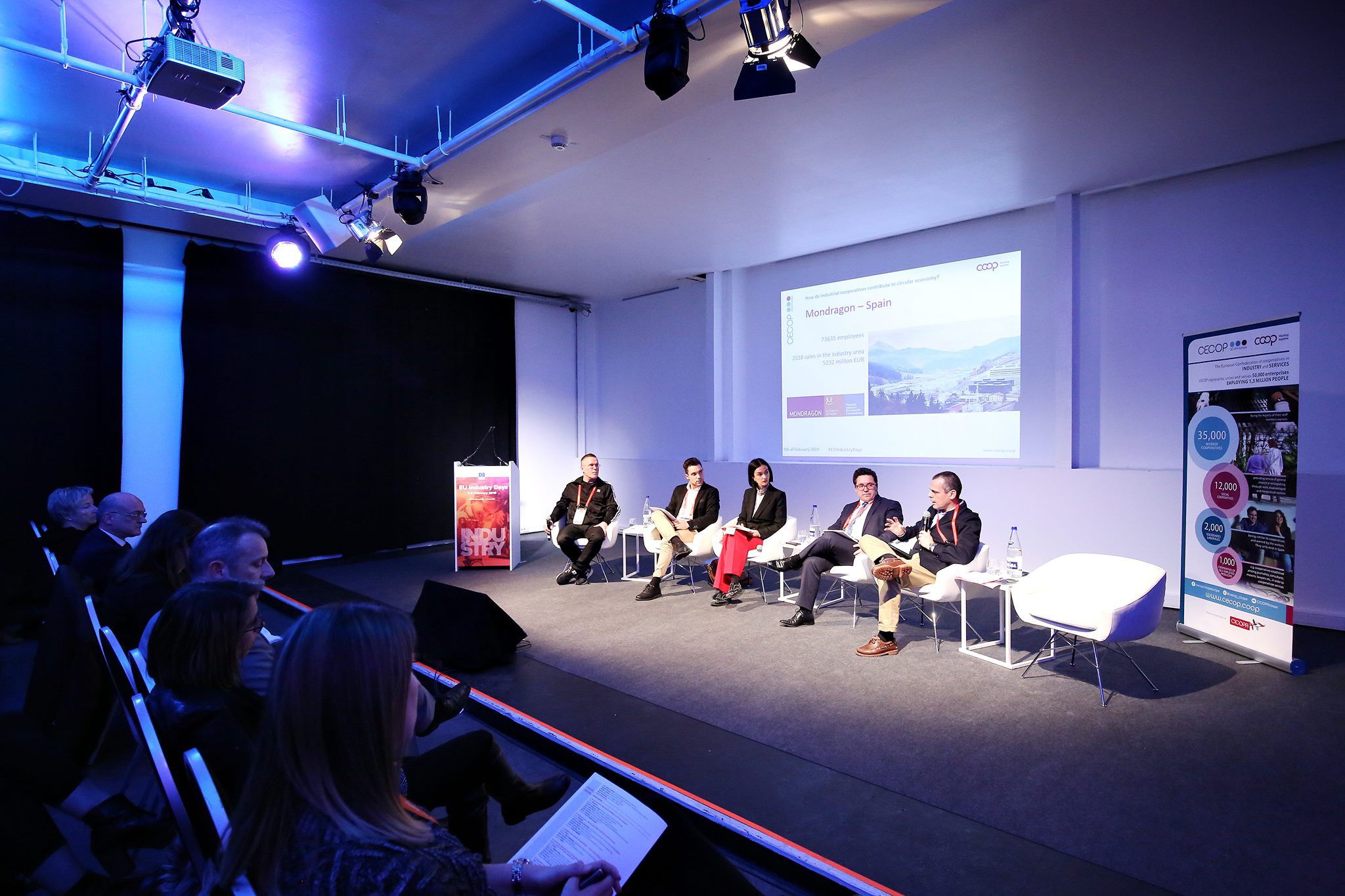 Our vision and mission

CECOP works to create a supportive environment for cooperatives, so that they can operate to their full strength and fulfil their mission of providing sustainable jobs and high quality services to communities. Our aim is to build a stronger and fairer Europe, working through cooperatives to bring democracy and solidarity to the workplace, sustainable economic growth, and social cohesion. As a European confederation, we commit ourselves to:

The CECOP members have adopted a new strategic direction for the 2021-2025 term. Built together with them, it will consist mainly of three pillars:

First pillar: To enable the environment for EU policies and legislation to be favorable for worker and social cooperatives

Second pillar: To increase the visibility for worker and social cooperatives in Europe

Third pillar: To build a strong and democratically led network

As the world is still recovering from the COVID-19 crisis, its impact on cooperative and their resilience to it, could pose still a struggle. Other challenges such as the green and digital transition for cooperatives, their access to capital and youth engagement will shape the actions of the organisation in the next years. Additionally, the rise in non-standard employment and the ascension of platform cooperatives, will also demand attention and specific actions in the future.

European cooperatives in industry and services go back to at least 1883, when the first recorded worker cooperative was established by jewellery workers in Paris. Around the beginning of the 20th century, there was a wave of worker cooperative development all over the European continent. Responding to the unjust labour conditions of the industrial revolution, they provided worker members with better, fairer and more dignified relations of work, and protected them with systems of welfare and social security.

Social cooperatives emerged around the 1970s, as an answer to communities’ need to overcome the lack of social services and work inclusion.

More recently, we have seen the development of cooperatives of self-employed producers, creating the double benefit of providing members with both autonomy and security, in response to the uncertainty and instability created by non-standard forms of employment.

CECOP was founded in 1979 in Manchester, UK, by a group of cooperators from 6 countries: France, Italy, The Netherlands, Belgium, the United Kingdom and Denmark. In 1982, it established its first secretariat in Brussels, and in 1992 it became a fully fledged confederation.

Part of a BIGGER movement