ZOOM IN on our Finnish Member – Coop Finland

European readers, tv viewers, citizens, in general, are regularly confronted with terms like the Austrian presidency or the Finnish presidency of the European Union. Newspapers and news broadcaster are often caught in the rush of breaking news to properly make these EU notions accessible to all. Fear not! We are here to help you navigate these institutional waters and then we will lead you to the country that is currently holding the Presidency.

At CECOP, we would like to propose to our readers a focus on our national members when their country is holding the rotation Presidency of the EU. The first issue of Zoom In was dedicated to Romania, while until the 31st of December 2019, the Presidency of the European Union is ensured by Finland and this is why we take this opportunity to go visit Helsinki and have an insightful conversation with the President of our Finnish federation Coop Finland, Jarmo Hänninen.

With 40 individual members, 5 organisations and 2 supporting members, Coop Finland supports cooperatives in Finland since 1997. This diversity allows many activities to be tailored on the needs of the affiliated members: individual members are both cooperative advisers and coop members, organizations are cooperatives and supporting members are associations active in cooperative advice and education. On this basis, there are a few hundred cooperators and coop developers connected through Coop Finland. 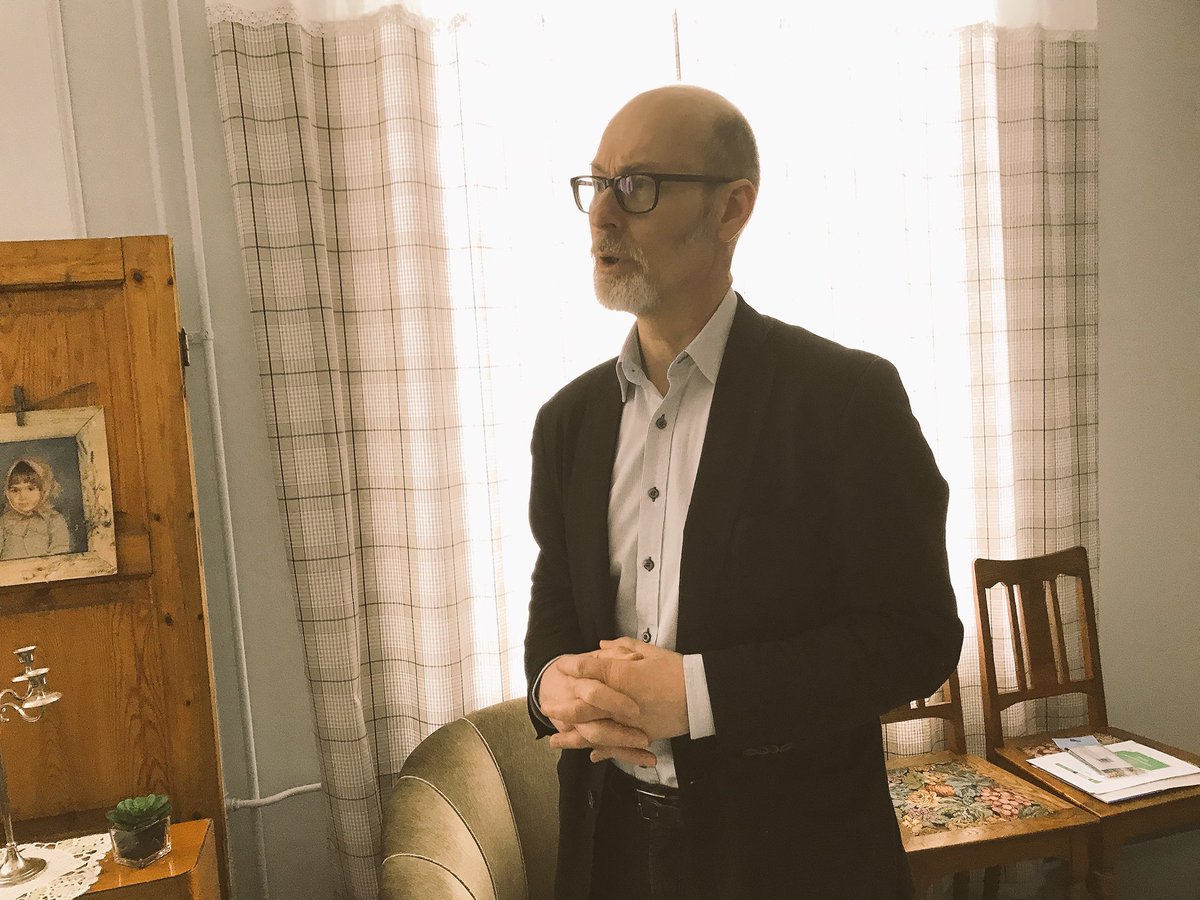 CECOP: Mr Hänninen, thank you for giving our readers the opportunity to know Coop Finland better. The Finnish Presidency of the EU allows for some political perspective over Coop Finland’s priorities and your European and international engagement. What do the cooperatives in your network produce?

Mr Jarmo Hänninen: Our member cooperatives are mainly service producers in household, personal and social, construction and industry services, and research, consultancy and development. This is the case also with individual members from cooperatives. The most recent cooperative joining us is an interpreters’ enterprise. On top of this, many of our members have a longstanding experience as consultants for cooperative enterprises.

C: Training and accompanying enterprises is a crucial role that business associations play to create links, boost entrepreneurship and capacity building. How do you see the role of Coop Finland in this domain?

JH: As a cooperative organisation, the association aims to improve and keep up to date member’s expertise in cooperative development. At the moment, we do focus on our specificity and our activities mainly concern members: we organize seminars, small trips and knowledge-exchange for members and seek collaboration with other organizations in the field of employment, entrepreneurship and working-life; e.g. with trade unions, with whom we collaborate on a regular basis.

C: What about institutional relations? Is it something that interests your affiliated members?

JH: Of course, and for this reason, we are active in promoting cooperatives’ interests towards public institutions, for example when it comes to legislative reforms. At the European level, we are able to exchange with international partners and cooperative networks thanks to our membership in CECOP.

C: Thanks for mentioning it. We believe these cross-national partnerships can be beneficial to members’ peer-to-peer learning and development.

JH: Indeed! This autumn we arranged for the first time the CooperativeWeek47, which is a series of seminars and web sessions aiming at spreading public information about the cooperative model. This is an idea encouraged by our cooperative partner organization Coompanion in Sweden.

C: Why do you think it is important to promote the cooperative model?

JH: Because it is good for society and our organisation is driven by cooperative values, such as democracy, equality, openness and social responsibility. Political or religious discrimination have no place in Coop Finland’s action.

C: To celebrate CECOP’s 40th Anniversary, which takes place this year in 2019, we asked all our members to suggest an emblematic case of one the cooperatives they affiliate. For example, the oldest, or the newest, or the most innovative…and you suggested us Lilith cooperative. Why?

JH: We suggested Lilith because its business model is to guarantee to its workers/members the status of employees instead of being freelancers, providing them with a safe and secure work environment and a place to concentrate on a multitude of professions and skills. We believe it is a good example of what we mean when we advocate for well-being at work and access to social protection.

C: Speaking about well-being, the Finnish Presidency of the European Union pushed for Council Conclusions on the Economy of Well-Being, which were recently adopted. The Finnish government considers the Economy of Well-Being an overarching approach to the economy that takes into account well-being of people and not only economic indicators. Can we have your take on this?

JH: It is certainly a good step forward, and I was happy to take part to the Social Platform’s flagship conference in Helsinki on this topic where, with the CECOP Secretary General Diana Dovgan, we were able to make some important points that would feed into the Presidency’s draft conclusions: the Economy of Well-Being starts at work. Health indicators are very important, but so are working conditions and quality jobs. With Solidar and other partners within the Social Platform, we provided political recommendations on the role of social economy and cooperatives, which were reflected in the Council Conclusions. In the framework of the Economy of Well-Being, there is much that cooperatives could contribute to, such as quality jobs and tackling the negative aspects of non-standard and platform work. Moreover, SMEs and cooperatives would profit from rationalizing public procurement and giving more emphasis to social criteria.

C: What are the latest political positions you took vis-à-vis the Finnish national decision-makers?

JH: During the early draft phase of renewal of Finnish Auditing Act our association gave a statement, and soon after that Coop Center Pellervo (Confederation of Finnish Cooperatives) and Coop Finland were called to negotiations. As the proposed changes were the result of a misinterpretation of cooperative auditing rules and would have increased the administrative work in cooperatives, they were dropped. Clear message and coordinated effort led us to success!

C: What do you expect from national politics?

JH: the cooperative business form lacks support, both in terms of advice and access to finances. We need Finnish cooperatives to be able to access all public business financing structures and we also need adequate advice entities that recognize the special characteristics and identity of cooperation. Moreover, Finland is lacking an enterprise model for social employment and integration of disadvantaged groups: could the social cooperative model be a suitable one? We are working on that.

C: Mr Hänninen, to conclude our interview, what do you expect from European politics?

JH: European politics should give more room and support for local initiatives. Cooperatives and other social economy enterprises should be identified as tools for local development be it for employment, provision of services, or work integration.