Stilian Balasopulov was member of the board and Vice President of CECOP for more than 20 years, he was also President of the Bulgarian member organization NUWPC from 1992 to 2021. He was a humble cooperator and tireless ambassador of the worker and social cooperatives in Europe.

On April 15th, 2021, Stilian Balasopulov, passed away after a short illness.

Since the 1990s, he defended and promoted the cooperative cause in Bulgaria, and he also fiercely fought for the inclusion of people with disabilities.

He was the initiator of the "National Exhibition of Specialized Enterprises and Cooperatives for People with Disabilities" in 2002, that became in 2012 the "European Forum on Social Entrepreneurship", taking place every year in Bulgaria, and attracting cooperators from all over Europe as well as national and European policy makers.

At the European level, he was an ally in the promotion of a European cooperative vision, and in the fight for the advancement and visibility of the worker and social cooperatives in Europe.

CECOP members, the staff, and all those who have had the chance to work with him, will remember him as a great cooperator and tireless ambassador of the worker and social cooperative movement in Bulgaria and Europe, as well as a humble and kind colleague, and friend.

His passing is an invaluable loss for the cooperative family.

He will be missed. 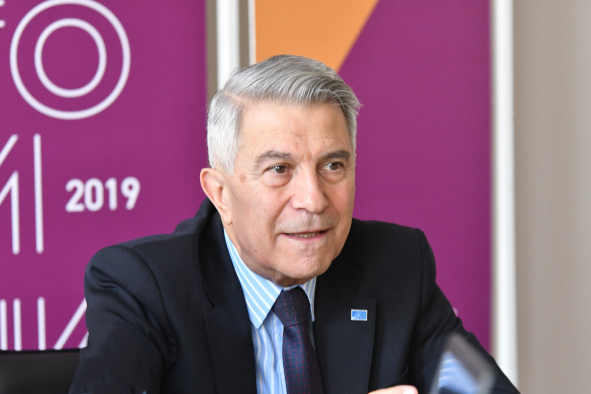