Ceramiche Noi and Commissioner Schmit at the EU Social Forum

The following article was originally published by Legacoop Umbria on the 17 November 2022.

To mitigate the impact of the energy crisis on businesses to ensure the competitiveness of European companies. This was the request of the Ceramiche Noi cooperative, to Nicolas Schmit, European Commissioner for Employment and Social Rights, during the panel "The Social Dimension of Green Transition" in the European Employment and Social Rights Forum. The event was organized in Brussels by the European Commission's Directorate General for Employment Social Affairs and Inclusion. The Umbrian cooperative spoke on stage with the EU Commissioner, institutional representatives, and young people interested in green transition. 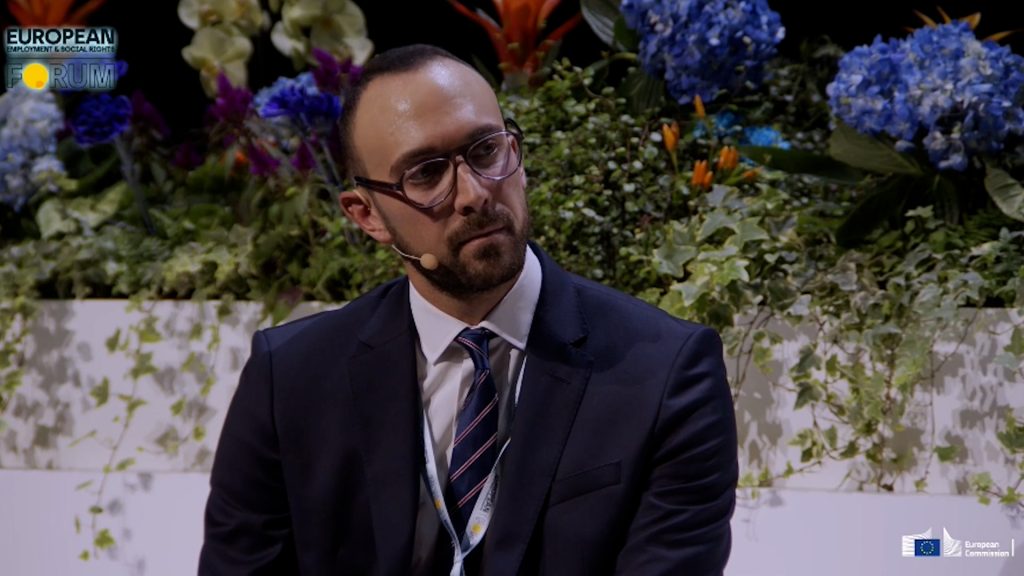 "To be here today representing cooperatives and companies," said Lorenzo Giornelli, the cooperative's commercial director and administrator, "and to receive compliments directly from Schmit, means that perhaps we are all doing something right."

The European Commissioner, in response, expressed gratitude and congratulations to the coop model , stressing its strength in a time of crisis, and praising its functional model, which is different from the traditional enterprises. He then went on to say, that although the green economy is the future to which many companies - such as Ceramiche Noi - are already turning their attention, it cannot suffice on its own with such large and out-of-control price hikes. That is why the EU Commission is working to resolve the situation and trying to lower prices for both citizens and businesses.

The story of the cooperative, which is associated with Legacoop, started in 2019 when the old owner had given notice of relocation to Armenia. Faced with the possibility of losing their jobs, they came together as a cooperative and became a worker's buyout.  They bought the machinery used by the old owner and rented the warehouse. They tattooed the company logo on their skin to emphasize the awareness of their choice, with the slogan “Tutti per uno un sogno per tutti“ (All for one a dream for all.). They have won back old customers, doubled their workforce, doubled their turnover, faced a pandemic and finally, made it to the heart of European institutions to represent a struggling manufacturing sector.

The forum was attended by Marco Brozzi, President of Ceramiche Noi, and Lorenzo Giornelli, Marketing and Sales Director of Ceramiche Noi. At the Brussels meeting,  representatives of CECOP, the European Confederation of Industrial and Service Cooperatives, were present too. CECOP President Giuseppe Guerini, and Secretary General Diana Dovgan. 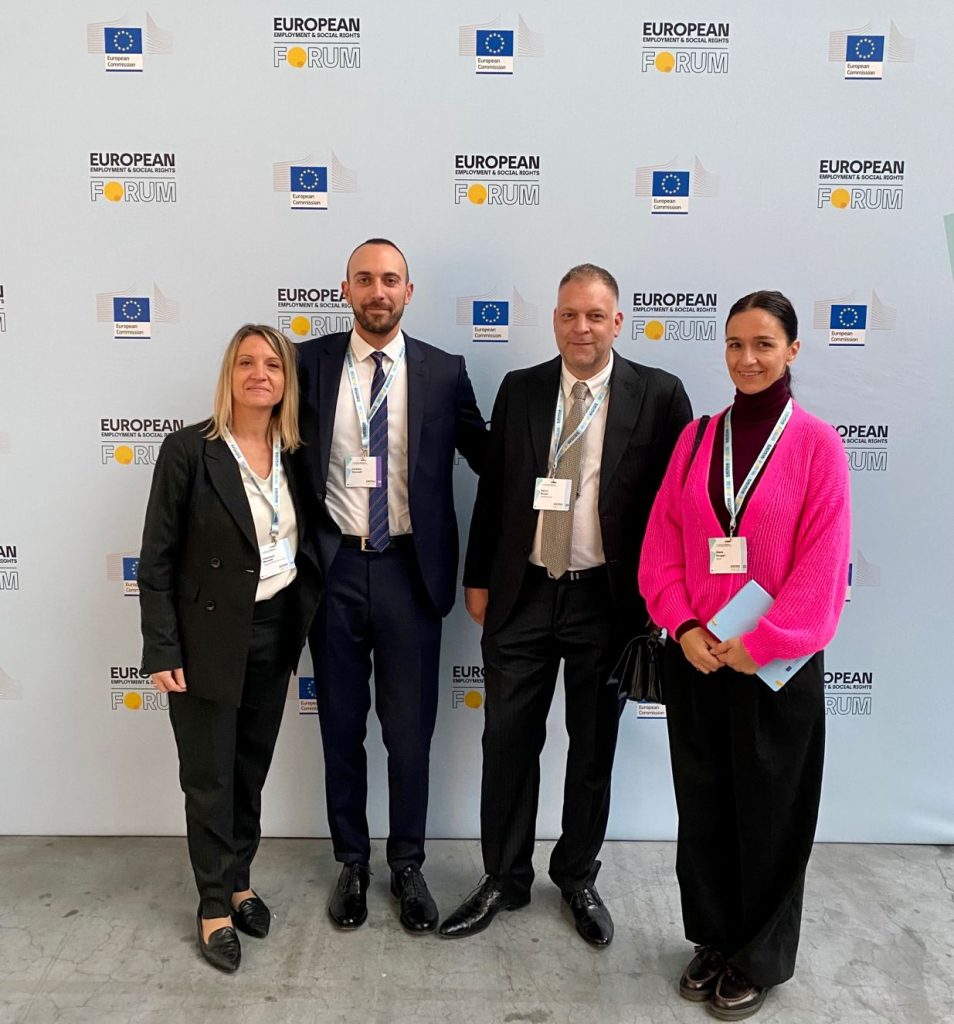 In the meeting Francesca Montalti, Head of Industrial Cooperatives at Legacoop Produzione e Servizi was also present. She said, "The experience of Ceramiche Noi demonstrates once again the strength of the model of democratic management of the company by its workers in dealing with phases of change, transformation and crisis. Important and decisive is the European Commission's confirmation of support for companies that are facing the consequences of the current energy crisis."

After the panel ended, the cooperative met with the EU Commissioner in a private behind-the-scenes moment with representatives of Legacoop PeS and CECOP to deliver a creation made by the cooperative specifically for him. Cooperators Brozzi and Giornelli asked hand on heart for sincere help and Schmit's response was more than firm as they tell us "I assure that we are working day and night for this and we understand you, stay strong because we will get through this together as well." 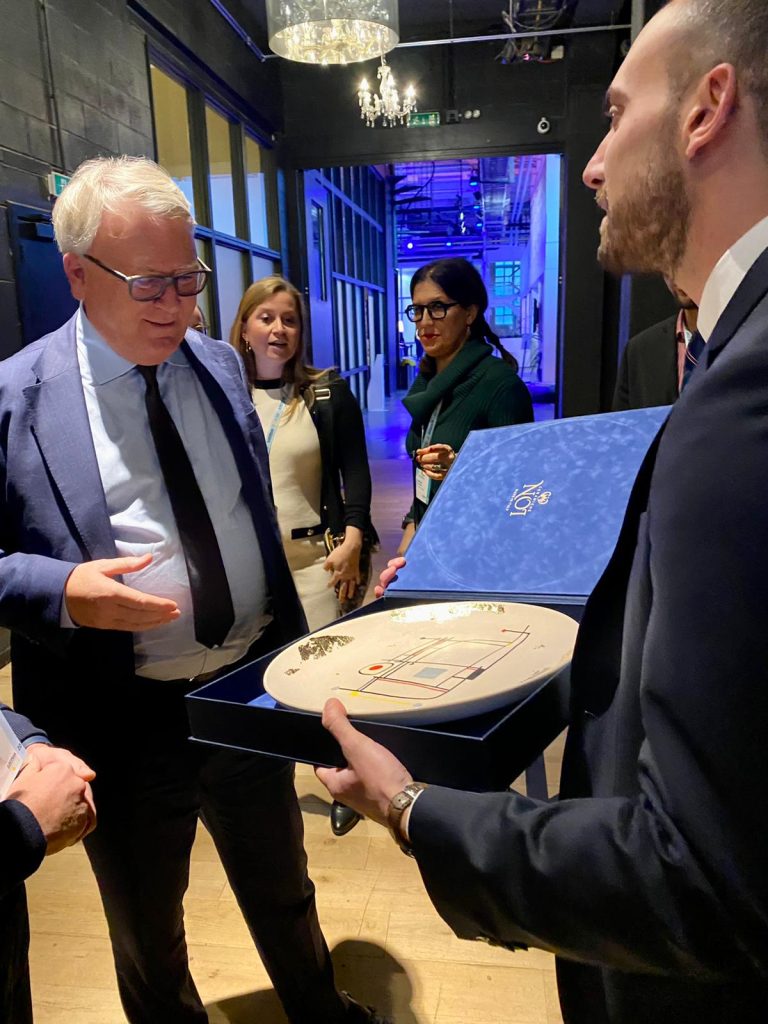 In a global economy, where Europe is suffering from price increases, more than its American and Chinese competitors, missing the transition train will result in the loss of thousands of good companies, their knowledge and know-how and, consequently, millions of jobs. It emerged from the panel, which saw Ceramiche Noi as a protagonist, that the European Commission is trying to convince member states to act quickly, particularly on energy prices, helping companies to overcome this very difficult transition by developing renewables, moving away - as far as possible - from fossil fuels, and becoming competitive again in global markets.

For Legacoop, says President Mauro Lusetti, "the participation of Ceramiche Noi in the European Union Social Forum is truly a great satisfaction. It is a recognition of the value of this cooperative’s experience that testifies to the commitment and sacrifice of the members to continue the business in a difficult period, even experimenting with forms of energy saving that can be a model for other companies."

And who knows what the old owner must have thought, from his armchair at home, seeing Lorenzo come on stage and talk directly with Commissioner Nicolas Schmit. He who has already shut down his business in Armenia, while they are still there fighting. This is a clear sign of a short-sighted vision of delocalization that cannot take the thing that everyone in the world envies: the Made in Italy, skilled hands of specialized artisans.

"The presence of the cooperative," say Matteo Ragnacci and Luca Secondi, respectively president of Legacoop Produzione e Servizi Umbria and mayor of Città di Castello, "fills us with pride as fellow citizens. Their truly symbolic story of resilience, ability and determination, now more than ever is the symbol of a sector, specifically that of ceramics, but more generally of Italy, that produces and works among a thousand difficulties with the hope of getting out of this difficult situation."

"And perhaps who knows," Giornelli concludes, "we believe that President Ursula von der Leyen, after the mention in the State of the Union speech, may come to visit us at the company. We would be delighted and proud to welcome her." 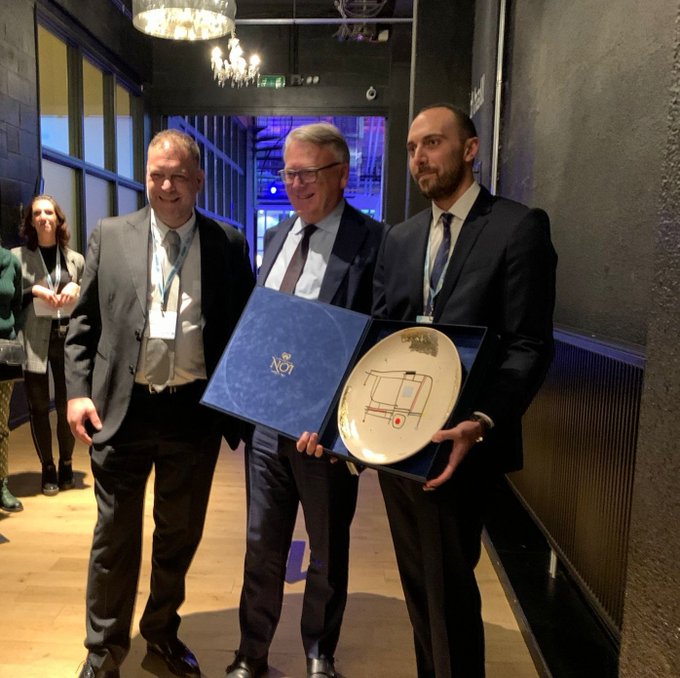