On 18 February 2021, the Social Economy Intergroup of the European Parliament held a public hearing on skills and digitalization. The digital transition of the economy gave rise to the need of new skills for workers across Europe. The EU has launched its European Skills Agenda and the Pact for Skills to address the need for reskilling and upskilling of workers. With this public hearing, actors of the Social Economy had the chance to show their role in this process.

The discussion was opened by Mr Nicolas Schmit, EU Commissioner for Employment and Social rights, who praised the Social Economy and ‘cooperative economics’ as a crucial business model for the future and for its important role in ensuring the meaningful implementation of the European Pillar of Social Rights.

CECOP has commented on the European Skills Agenda before and is working, together with its partners of the social economy, to make the role of cooperatives in industry and services and the broader social economy in Europe visible. 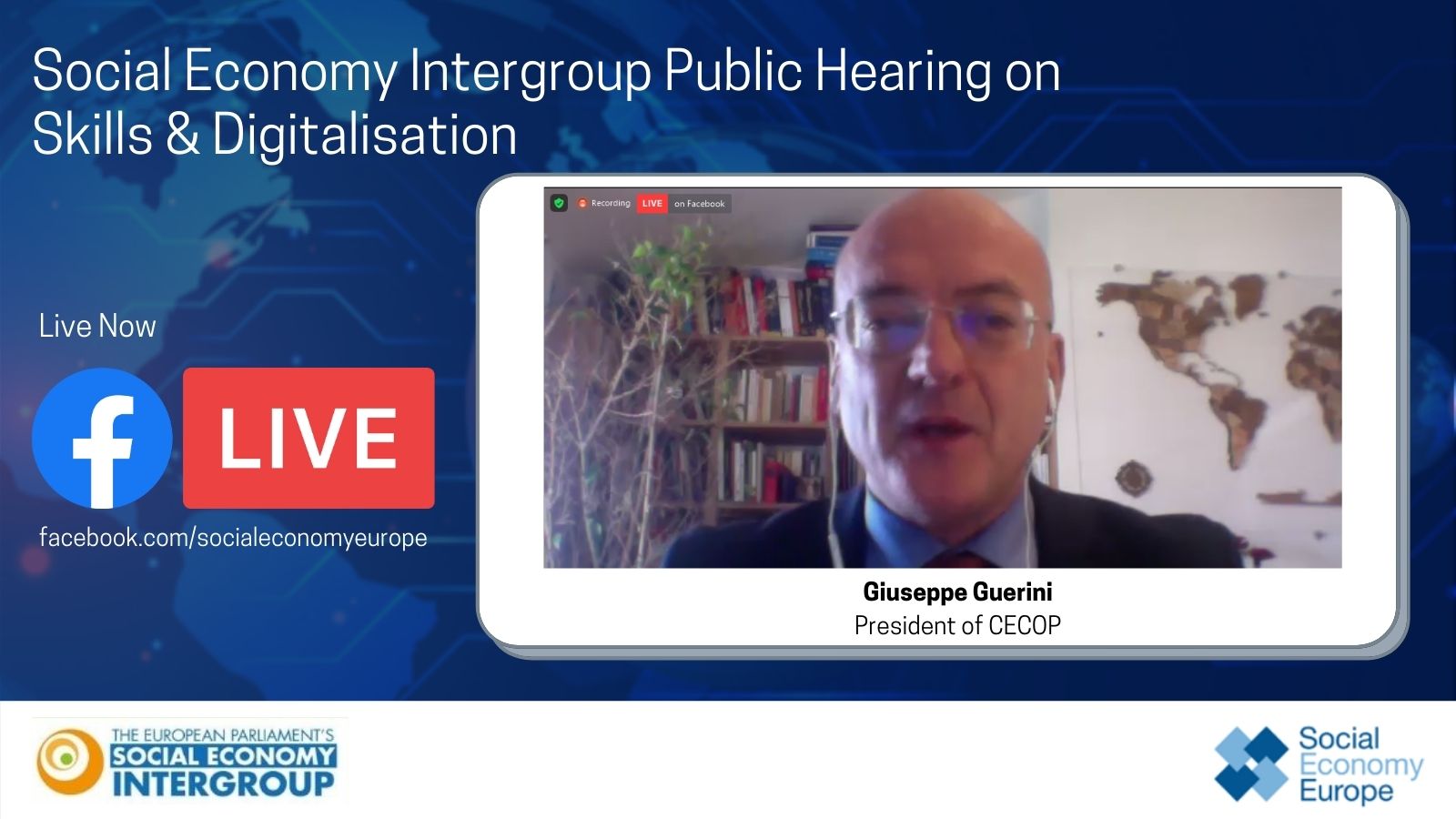